Enjoying the MU Experience? Even more awaits you!

Click here to Register via Email
If you have not received a confirmation email
Please Click here to resend.
×

Verification link has been sent to your email adddress.

Your has been successfully registered on MotorUncle.

Thank you for registering with us. An email has been sent to your register email. Please check your mail and confirm your email address to activate your account.

Be the First One to tell your friends about it!

Will ONE MOTO be the new entrant that the biggest motorcycle market in the world is waiting for ?

One moto is a brand which was designed by the sustainabilists who understand the vehicles, the way we ride and the condition that we ride in. The magic is they try to fus all this knowledge into intelligence that's specific for us. It is a brand that majoely focuses on the joy of riding. One Moto is a brand of electric vehicles, designed and developed for inner-city commuters and the delivery community – launched in the UAE and UK. Whether you are a casual commuter or courier, our vehicles are designed for style, comfort, affordability to suit your lifestyle.

There are a few key factors that can draw a lot of indian customers and businesses who require deliverly vans and cars as they offer a lot of things such as 4kw brushless motor, 85km/hr top speed, 150km range on a single charge, inter changable 'slot-out battery', 50000km battery life, fast charging no serviving needed. The company also came with a devolopment called Intelligent Battery Management System (IBMS) with an accurate range prediction algorithm. So that we won’t run out of juice.

ONE MOTO was designed by a team of bikers who understand the vehicles. Looking at how well the urban cities in our country have started accepting Ev' s (biggest example of this is the success that 'TATA' is having currently with thier 'Nexon' Ev) 'One Moto' can have some massive growth potential in the indian market. Now India should get excited as ONE MOTO is coming to India trying to capture the biggest golbal market.

May 23rd 2021, sees the signing of the dealership and distribution contract between ONE MOTO Technologies and CS Group for the aggressive expansion plan throughout India. The new dealership announcement will see the ONE MOTO the UAE/British brand of electric vehicles – with a presence in UK, UAE, Kenya and KSA – sweep throughout India, bringing change to the way we move products and people.

Adam Ridgway, CEO of ONE MOTO started the interview with “Collaboration is the key to bring meaningful change.”   Considering the shocking statistics surrounding air pollution – the greatest killer of humanity – many have been actively preaching about the long term affects of air pollution in cities and the respiratory affects it has on us all (reducing a lifespan of 6-7 years). Recently reported in The Times “Scientists confirm air pollution is twice as deadly as previously reported”. India is the largest motorcycle market globally, with 37 million vehicles on the road, with a growing demand for EVs, the timing is ideal for the launch and supporting the world leader’s ambition to positively impact climate change.

It also showcases the cost-savings that can be made for commuters and the commercial sector. “There’s more to the name ONE MOTO, they believe, they will be able to sustainably impact the way we commute, by efficiently swapping out parts, upgrading and recycling – enables owners to only ever need ONE MOTO, creating generational loyalty to the brand and products”. States Adam Ridgway, CEO, ONE MOTO Technologies.The multi-award winning, UAE based EV manufacturer has been in active discussions with CS Group aligning values and challenging the future for Indian mobility, joining other EV champions of Tesla, Hero and Mahindra.

With a super environment friendly motive and an amazing sense of what the world is in need for, One Moto stands and sounds super promising, the hype is only going to increase as it is going to enter the largest motorcycle market in the world, stiff competition will be a big barrier and with the undeniable fact that it takes ages for infrastructure to set up in India One Moto will enter the market with a big concern as most of the masses will start complaining about the ranges it will take a big hit in the urban cities where their products will be sold the most initially and how there are chances to get stuck in city traffic(as it will take many years to built charging stations around the city). As we all remember years ago there were electric scooters named Yo Bikes which were launched and had a very disappointing run in the indian market, not to compare One Moto with them but the truth of the situation is the fact that India is a supremly tough market to crack and considering the number of bike enthusiasts we have in our country it will be really hard to expect them to limit them to a top speed of 85km/hr, though this limit will actually help reduce a lot of accidents but we know very well how our bikers are and what their choices will be. 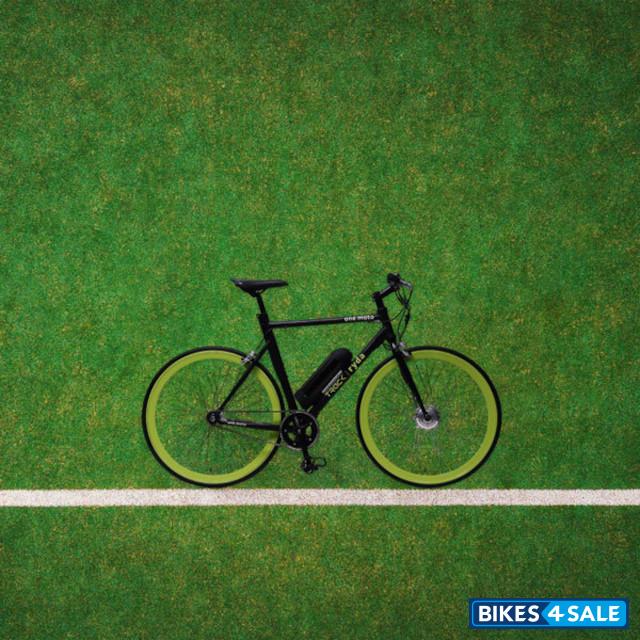 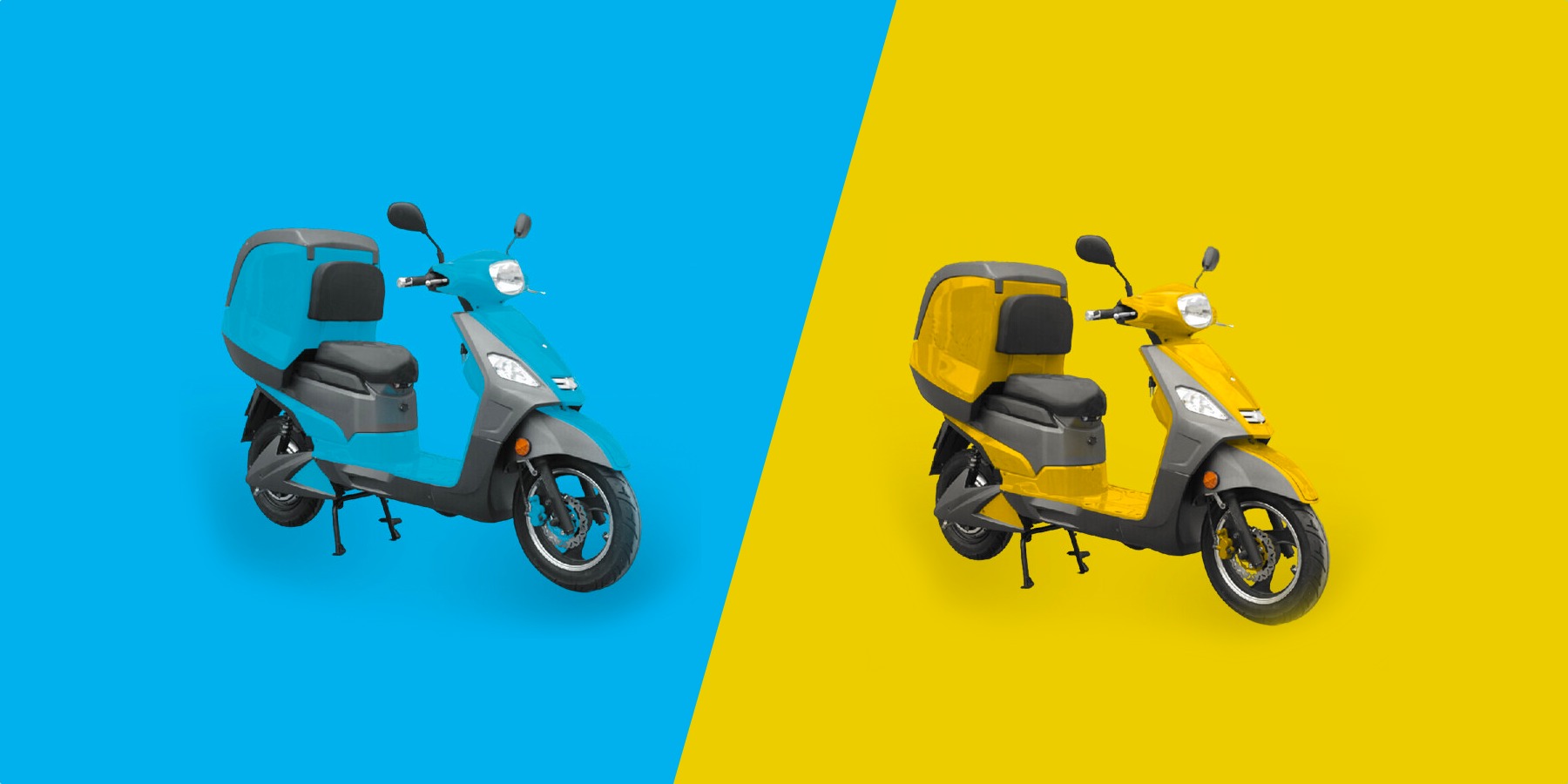 Talking about delivery bikes chances of them changing is highly unlikely as 150km is a very low range as these bikes are constantly moving throughout the day without any rest and expecting anyone to wait for the bike to charge to deliver the next order is jsut expecting a little too much. Though one thing that every single person will appreciate is the fact that their products need no serviving which will be a big boon in a country like ours where we try to save every single penny, but the question that really arises is that 'is it possible to own a bike in indian condition without servicing' ? we are talking about roads filled with pot holes and climate which changes drastically, it is highly uncanny to expect bikes to not require any servicing. One Moto can definitely bet on one thing for sure and that is their product line and its quality, the high end quality of their product gives them an edge over most of the products offered at the same price another big factor that will attract most of the consumer will be the value for money their products are going to offer. Excited, thrilled and waiting to see what a well thought out brand like One Moto can do in our market and looking forward to seeing the changes that they bring in this highly contested industry.

Sherwin Ambrose The article is quite helpful for me. You can contact me on this topic via https://apksunny.com/gb-whatsapp-pro//
On 30 Jul 2022